I finally have a moment to sit down and spend some time on the podcast, but of course, it's after Arthur has gone to bed, so I can't actually record the podcast. So let's talk about what's happening this summer. Things have been a little crazy in the last few weeks, and they're only getting busier.
I'm hoping to get some episodes recorded in advance for next time Arthur has the grumps for three days, it doesn't totally throw us off.

So movies! Just like last summer, we're going to try to see all the new kid's movies as soon as they come out. Preferably at the drive-in. Expect episodes out the Tuesday after the movies. As always we're taking listener suggestions for our other episodes. I have high hopes for The Incredibles 2. We just watched the first one for the next episode, and there's a lot to talk about there. I am less excited about Hotel Transylvania 3. But I know Arthur will love it, he thinks the others are great. I thought the first was pretty okay, but the second was just baffling. Maybe the third will be just right?

I don't know anything about the Teen Titans movie that's coming out in July, but Arthur is in a big superhero phase. ,It's probably too much to ask for, for a movie with the magic of The Lego Batman Movie, but we can dream. Arthur probably won't be that interested in Christopher Robin, the new Winnie the Pooh movie. I've had trouble getting him engaged with the Paddington movies, so we might wait on that one until it hits the Redbox. Is there a summer movie we're missing?

I'm going to MaxFunCon next for a solo vacation. We'll definitely have our next episode up before that. I'm really excited, it's nice to get the alone time to recharge. It's pretty weird going places alone though. Even though we don't have a diaper bag and I don't need to carry Arthur, I still feel so much lighter when I'm alone. It's a lot taking a toddler somewhere, there's the looking after him, keeping him safe, and then the interacting with other people.
'Is Arthur being too rowdy?'
'Do people actually think we're charming or are they just being polite?'
'Should I be more stern with him when he runs around?'

Hopefully the time alone, will help me recharge because right after Arthur and I are returning to SESAME PLACE! Should we record from our hotel room? At the very least, I need to take some notes and a lot of pictures. We had such a great time last year.

I wish we could have recorded tonight, I really hate being late with episodes. The moment we sat down to get started, birds and dogs and sirens and chaos started. I think we need to find a better room in the house to record in. I was so proud of myself installing the air conditioner in the window by myself, but it's made our room impossible to record in now. Maybe I should try to convert a closet into a recording studio. Arthur is almost old enough for his own microphone, I think. It would be great to record us separately.

I've been watching Ali Wong's new special while I write this, and she just made a bunch of jokes about clogged milk ducts. It's pretty amazing. I can't believe this is in a real comedy special. Motherhood is very gross and strange, and she articulates it in a much funnier way than I have ever been able to. I switched to this after I finished watching The Letdown, which was also very good, but much harder to watch. I had to watch it in little shifts, because it's so real and brings me right back to that sleep deprived place that I try so hard to forget.

Speaking of sleep, I have to go to bed soon, because Arthur has started waking up at 5am and I can't figure out how to stop him. As always, thank you for listening. I really love doing this podcast. 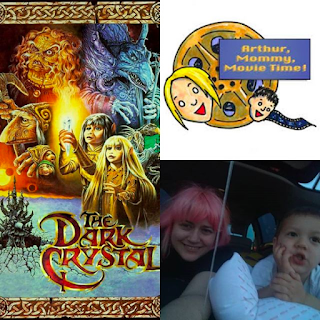 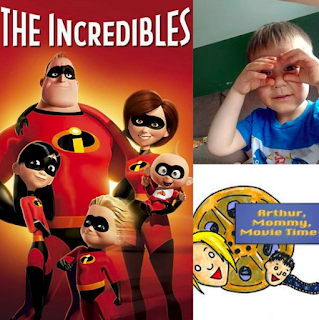